Performance reviews can either have debilitating effects or prove to be a necessary motivational boost. We explain how new types and objectives of appraisal interviews contribute to modern-day HR management and the new performance review revolution.

Performance appraisals have a bad reputation: so many employees walk into these meetings with butterflies in their stomachs and are bewildered by accusations. It reminds them of getting their report on the last day of school, which either leads to a reward or - and this is unfortunately far too often the case - leaving the meeting feeling insecure and unappreciated. In their eyes, they have worked hard and made an effort; employees wonder why their performance is not being appreciated. This certainly doesn't improve motivation.

This outdated, one-sided way of conducting performance reviews serves only to rate employees and set new goals. It's characterised by

Add this to the power games of rigid leaders and bad vibes will naturally take over the company. In a nutshell, neither managers nor employees look forward to performance reviews and they are usually seen as a necessary evil. A study by Willis Towers Watson, for example, found that 45% of managers saw absolutely no value in the performance appraisal procedures they used.

In a recent article for People + Strategy, a Deloitte manager described the traditional performance management process as "an investment of 1.8 million hours that no longer matched our business needs."

This shows that the current employee evaluation process, consisting of an annual performance appraisal, doesn't pay off in the long run and isn't in line with the business objectives of modern-day companies.

We were particularly shocked when we read the CEB studies, showing an imbalance that we had long suspected: two-thirds of the highest-scoring employees in a typical performance appraisal are not the company’s top performers that they, or others, believe them to be.

Breaking away from the once-a-year performance review

For example, when Jack Welch became CEO of General Electric in 1981, he used a system of forced grading to identify workers at the lower end of the scale to ultimately lay them off. Welch equated performance with the individual's abilities and largely ignored their growth potential. To this end, Welch divided his workforce into so-called A-players (the top 20 per cent) who deserved financial reward; B-players (the middle group of around 70 per cent) who should be encouraged to grow; and the lowest ten per cent, called C-players, who should be made redundant. In this system, only the A-players were given a chance to develop - the highly talented ones who were selected to move up into leadership positions.

With their strong emphasis on financial incentives and possible sanctions for non-compliance, as well as their year-end structure, these outdated performance review methods hold people accountable for past behaviour. However, any plans for improving current performance, personal growth and development, and nurturing talent are completely left by the wayside. Yet this is critical to the long-term survival of organisations - now more than ever - with the threat of skill shortages and the surge in remote working. We can no longer afford to train employees and then fire them after leaving them to their own devices at home.

So what's the best way to solve this dilemma? Should we completely abandon employee appraisals in the future? After all, workplaces are becoming increasingly more complex and are rapidly transforming. In this context, it becomes difficult to set meaningful annual and long-term annual targets. In addition, more focus on teamwork often contradicts individual assessments and remuneration.

Finally, at the turn of this century, high-tech companies introduced a new way of thinking. Software developers wrote the "Agile Manifesto" in 2001 that outlined several key values, including:

This effective change in the workplace stands in stark contrast to the practice of setting targets from top to bottom and then evaluating workers against these targets once a year.

Instead, there would be several feedback sessions throughout the year to keep a constant communication channel open among employees and managers. While this process may sound like a lot more effort and work at first, it pays off in the long run.

After all, regular performance and development reviews shift the focus of the review to the employees' skills, development and motivation. This enables the company to be flexible and competitive instead of insisting on rigid routines. Business researcher Josh Bersin estimates that around 70% of multinational companies will move towards this model in the future.

Advantages of the new objectives within performance appraisals

The advantages of this type of ongoing feedback process are obvious:

1. Return of people development (instead of investment)

Consulting companies have been doing this for a long time: they put a lot of work into the structured training of inexperienced university graduates in order to train them as qualified consultants. Often, companies entrust their employees with the responsibility for their own growth which, in turn, highly motivates them.

The ability to quickly adapt to changes creates an enormous competitive advantage for organisations. As a result, it’s not unusual that companies today are constantly changing projects on a short-term basis and employees’ tasks are equally as brief. This means that superiors are often unable to define the expectations of the performance review one year in advance.

Moving the focus away from forced ratings and evaluations to individual responsibility facilitates teamwork immensely. For example, many companies still have year-end reviews, but only to summarise the continuous feedback of the entire year and to determine the pay increases accordingly. However, employees set their goals in quarterly feedback meetings.

Learning: Ongoing objectives, as well as the focus on team performance, improve the work atmosphere considerably and also the company's performance as a result. 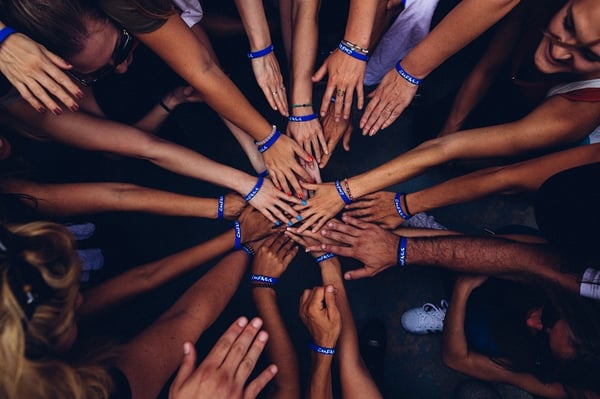 A holistic approach to performance management: more important than ever

Regular employee appraisals are far better suited to the natural cycle of work because they take a holistic approach. Ideally, those conversations between managers and employees happen when projects are completed, milestones are reached or challenges arise. This enables employees to solve problems in their current job and, at the same time, to develop valuable skills for the future.

In most companies, managers take the lead in setting short-term goals and employees hold feedback sessions throughout the year. As a result, the performance reviews happen at eye level, where both sides discuss their goals and strengths and how they can be improved.

Steady change, new innovations, the war of talents and a daily struggle to compete with competitors have recently forced companies to adapt the way they plan and execute performance management systems. This requires that top management support the ideas as well as a shared common culture. Even companies that, for whatever reason, stick to the old processes and objectives of performance appraisals, should think about how they are going to attract talent in the future. Because if there is one thing we have learned from the recent challenges podes by COVID-19, it is that flexibility and the ability to quickly adapt are the best way to react to emerging crises and safely navigate your company through rough waters.

Prepare for the future with Julian Teicke, founder and CEO of the wefox group, who predicts how the future of work will look.